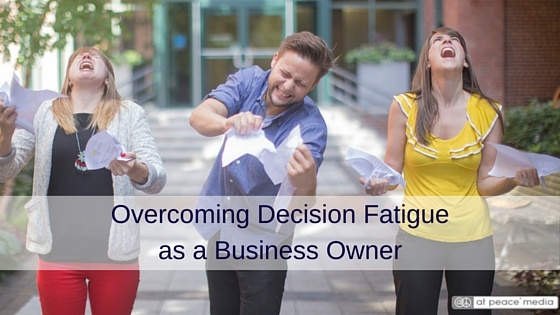 The past few weeks I've just wanted to sleep and watch Netflix. It's unseasonable chilly for late spring in New England, so that's not helping. But also there's the pressure of running my little massage practice while concurrently increasing the number of treatment rooms I sublet out and opening a new yoga and workshop space.

Even handling the stuff I already knew about (like signage, negotiating leases, coat racks, shoe cubbies, and curtains) requires multiple decisions before I can just get. stuff. done.

So I'm a little burnt out on learning, and I'm really burnt out on making decisions. I realized this the other day when I was standing in my closet for 6 minutes, staring at 2 shirts, trying to figure out which one to wear. For 6 minutes. Both were black v-neck tshirts. There wasn't really a big decision to be made. The day before that I didn't eat lunch because I couldn't decide what to eat.

Last week I literally drove in a big 4 mile circle because I couldn't figure out the most efficient order in which to run my errands. Then I returned to my office with a coffee and donut, having accomplished none of my errands, and sat at my desk doing nothing until my next client walked in.

Meanwhile, my lack of action put me further behind.  Apathy and paralysis set it.

Everything gets harder, every decision seems complicated. Getting dressed. Feeding myself (healthfully). Figuring out what to work on next. Knowing I need to make a decision but fear that the wrong decisions will cost me money. Overwhelmed by my lists, even though they are not complicated.

But really, it's Decision Fatigue. And that's a real thing.

No matter how rational and high-minded you try to be, you can’t make decision after decision without paying a biological price. It’s different from ordinary physical fatigue — you’re not consciously aware of being tired — but you’re low on mental energy. The more choices you make throughout the day, the harder each one becomes for your brain, and eventually it looks for shortcuts, usually in either of two very different ways.  One shortcut is to become reckless: to act impulsively instead of expending the energy to first think through the consequences. (Sure, tweet that photo! What could go wrong?) The other shortcut is the ultimate energy saver: do nothing. Instead of agonizing over decisions, avoid any choice. Ducking a decision often creates bigger problems in the long run, but for the moment, it eases the mental strain.

(You can geek out and read the whole New York Times piece that sparked a discussion on Decision Fatigue a few years ago. )

I am of the "avoid any choice" ilk. Which is not conducive to running a business.

Learning that what I was feeling was real helped me to climb out of it. (Also, calling it something other than "overwhelm" was somehow good for my psyche, too.) I was able to be logical about how to solve my decision fatigue issues.

Make decisions BEFORE  they are necessary

In one swoop, I made several jars of ice coffee and prepped 3 days of meals to spread out between home and office.  I put my laundry away in stacks of outfits. So I had 5 pre-chosen packets of a full outfit, socks to shirt and everything in between.

In prepping my clothes and meals, I eliminated a whole batch of decisions. (Well, I really just made the decisions in advance, in bulk.) That makes the start of each day smoother and doesn't waste my energy on silly tasks.

Planning ahead works with all sorts of tasks. Think about the daily and weekly tasks that always need to be done and schedule them. I no longer wonder when I'm going to 'fit in' my laundromat and bank runs, because they repeat in my calendar two mornings a week at 8:30am.

When you plan like this, you are telling your future self what to do, so you don't have to make decisions on the fly.

There was no way I could handle every email in my inbox that needed an answer. Not in one sitting. So I scheduled 30 minutes to handle some of the emails. Whatever I could get to in 30 minutes. When the 30 minutes was up, I set myself free and did something else.

Knowing I didn't have to even try to conquer it all made it much easier to knock out a small portion. And it was less exhausting to plan (and accomplish) the next 30 minute block I had scheduled.  (I'm a big fan of the Pomodoro Technique for this reason.)

If there's anything you can put on auto-pilot, do it. Stop fussing with playlists and CDs and use a service like sighTUNES for well-curated music, perfect for massage and bodywork.

Pull all your charts for the week at once and keep at the front of your file drawer. Then re-file in one hit at the end of the week. (Schedule these tasks!)

Stop pretending that multi-tasking is useful, and focus on just completing one thing. That'll give you a feeling accomplishment and maybe a little motivation to conquer the next thing.  Even if that next thing is a nap.

Real rest is different from the zombie-like, unable-to-focus state that decision fatigue can cause.

Schedule rest time into a calendar. It could be a walk, or a nap, or a light pleasure read. But schedule it and set an alarm to tell you when rest time is over, so you can get back to your tasks.

There were very few tasks that I could actually delegate to someone else. But I was struggling over the signage options for my office for weeks, and that was silly.  I presented the options and my ideas to my officemate and got her input.

Even if you don't have an officemate to help you make decisions, you probably have a friend who knows you and your business well. Ask their opinion. Even if you disagree with their thoughts, you'll feel more confident about your decision and how you got there.

It took me a week to really recover and get back into action, but these tips helped me!

Do you have a go-to strategy for Business Overwhelm? Share in the comments! 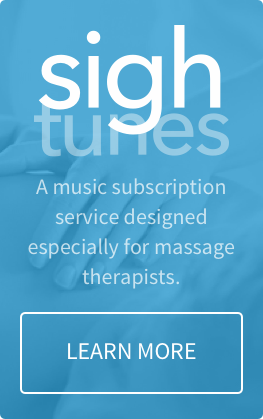