Harmony by Michael Benghiat, massage music for spa and relaxation, is the soundtrack to the award-winning Esalen Massage Video. This acoustic, instrumental music features flutes, harp and percussion and has beautiful melodic textures and subtle rhythms. At Peace® Music commissioned this album from talented composer and musician, Michael Benghiat to accompany massage and bodywork.  Since it was released in l997, this CD has elevated the relaxation music genre to a new level of meaning and resonance and continues to be a best-seller with music venues that offer At Peace Music.

“The quiet strumming of a harp, subtle percussion that echoes in the distance, flutes and piano that wander through the backdrops . . .  together they combine to form the soothing soundscapes of Michael Benghiat’s HARMONY. Originally released as AT PEACE – MUSIC FROM BIG SUR,  this is the ultimate music for massage. It hasa natural improvised quality that hold the attention of the listener, but not so much as to be distracting. The relaxed tempos and earthy instrumentation consistently flow for one hour, enticing the listener into a state of calm which allows the effects of a therapeutic massage to be fully realized.” - Music Design, In Review

“Three of Michael Benghiat’s music CDs for At Peace® are among our top ten best selling relaxation music CDs. Bodywork professionals enjoy working with his blissful background music. They love how their clients melt under its influence.“ - S. Watson, owner, The Bodywork Emporium 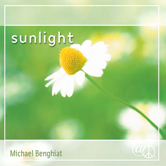 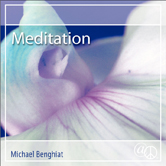